Millions of people look for solutions to reduce the signs of aging and improve their appearance. Aesthetic or dermal fillers are common procedures people undergo to replace lost skin volume, plump the lips, smooth face lines, and achieve a more youthful appearance. They use different substances to achieve these effects, which can last up to two years, depending on the type of procedure and other factors.
Dermal fillers are so popular because they are quick, safe, cost-effective, long-lasting, and require no surgery or downtime. Arizona Specialized Gynecology offers five different aesthetic fillers and injectables to help you look younger.

What Is Botox® Cosmetic?

Botox® Cosmetic is an FDA-approved treatment that can help people improve their looks. These injections reduce moderate to severe forehead lines, frown lines, and crow’s feet to give you a more youthful appearance.

Botox injections are a number one selling product of their kind, with millions of people using them every year to achieve the desired look.

How Does Botox® Cosmetic Work?

Botox injections use the power of OnabotulinumtoxinA to get the appearance-enhancing effects. This toxin is produced by the bacterium Clostridium botulinum. It interferes with the communication between the nerves that tell the muscles when to contract. As a result, it temporarily relaxes these muscles, reducing the appearance of wrinkles.

Because the botulinum toxin is very potent, doctors use a purified version and low doses to achieve the desired effects while ensuring the procedure’s safety. 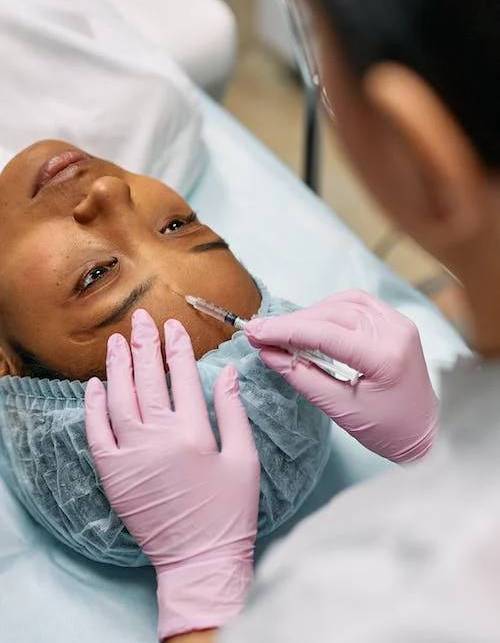 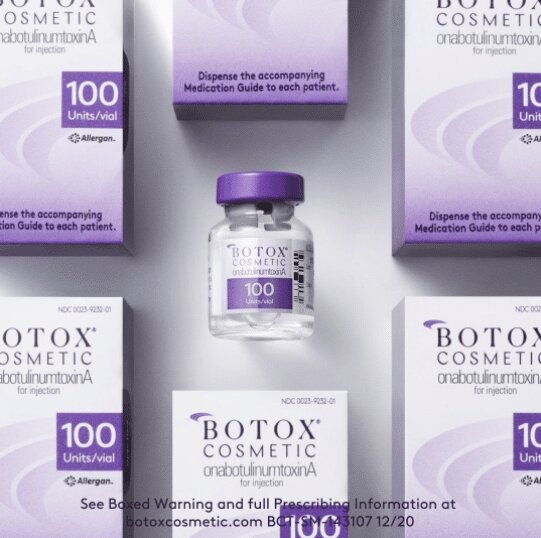 What Are the Benefits of Botox® Cosmetic?

Botox® Cosmetic can help improve the appearance of:

The procedure has also been approved for medical issues like chronic migraines, excessive underarm sweating, overactive bladder, and leg spasms.

How Long Do Effects from Botox® Cosmetic Last?
The effects of Botox are relatively long-lasting and are different for each person. For instance, they can help improve the appearance of frown lines for up to four months.
Is Botox® Cosmetic Safe?

Although the botulinum toxin is potent, Botox injections are considered safe when it is applied by an expert. Botox does not cause allergies, diseases or undesirable effects if applied by qualified professionals. It is important that the application is absolutely sterile. Botox is definitely safe. Come to Arizona Specialized Gynecology to get one of the most effective treatments for facial wrinkles.

Although most people first think of Botox when looking to improve their appearance, there are other options. For instance, Dysport is another injectable that can help soften and reduce frown lines in people under 65 years of age.

Like Botox, Dysport is derived from botulinum toxin, and it’s among the most popular cosmetic procedures in the world.

How Does Dysport Work?

Dysport uses AbobotulinumtoxinA, which is a slightly different form of botulinum toxin used than the one in Botox injections. However, the results are similar, as Dysport helps relax treated muscles, which temporarily reduces the appearance of frown lines between your eyebrows.

The great thing about Dysport is that it produces a more natural look, so you don’t have to be afraid of that frozen look often associated with Botox. In addition, the results come quickly, as most users report improvements only 2-3 days after the procedure. 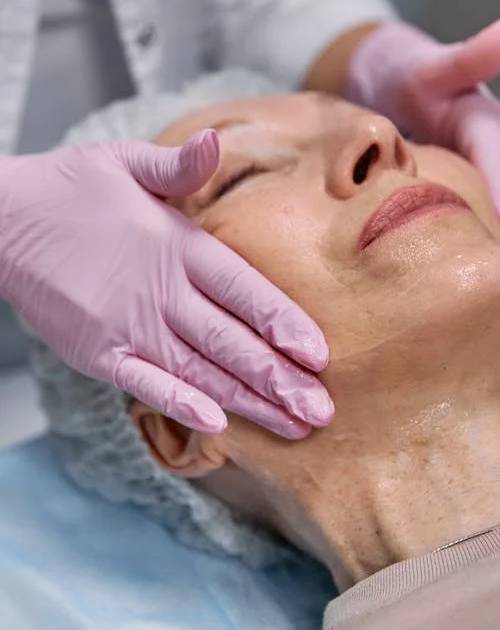 What Are the Benefits of Dysport Injections?

Dysport reduces the appearance of moderate to severe lines in the glabellar region of your face. This area is located between your eyebrows, and the lines usually become visible when you squint or frown. Dysport is very effective in reducing these glabellar lines.

The procedure is quick (around 10 minutes) and produces relatively long-lasting benefits with minimal side effects. In addition, the results can be observed pretty quickly, with most patients reporting improvements after as little as 2-3 days.

How Long Do Dysport Effects Last?
Unfortunately, Dysport is not a permanent solution. Its effects last up to five months, after which you can repeat the procedure to retain the younger look. Like other cosmetic procedures using botulinum toxin, you must wait at least three months before undergoing another injection process.
Is Dysport Safe?

Dysport is considered safe when administered by a trained and licensed professional in an outpatient setting. It can cause side effects on some patients but they are typically temporary and resolve without the need for additional medical attention. We are ready to give you more information about Dysport in Arizona Specialized Gynecology.

What Products Are in the Galderma Aesthetic Injectable Collection?

Galderma is a proud creator of several products that improve the appearance and help people look younger. The most popular one is Dysport, but the collection also includes Restylane products and Sculptra.

How Can Restylane Products Improve Your Appearance?

You should identify your problematic areas and appearance goals, and we will be able to recommend one of Restylane’s products.
Here is a quick benefit list of each one: 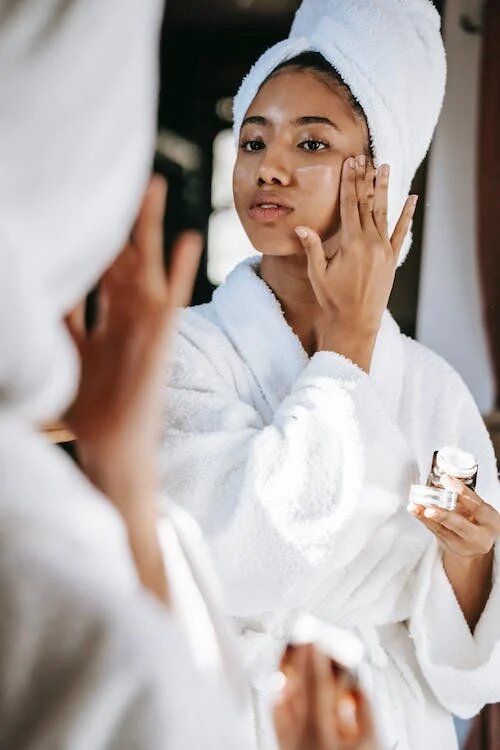 How Do Galderma Aesthetic Fillers Work?
Galderma Aesthetic fillers use gel-like substances to smoothen your wrinkles, restore volume to your skin or lips, and correct appearance issues. Most products are based on hyaluronic acid, which is a sugar molecule that’s normally found in our bodies. It helps regulate water content in your skin, giving it a youthful and healthy look.

Dermal fillers replenish the supply of hyaluronic acid in our skin, which has many benefits.

What Products Are in the JUVÉDERM Filler Collection?

There are five available JUVÉDERM fillers that can help you add volume to your lips, cheeks and chin.

How Long Do JUVÉDERM Fillers Last?

The duration of benefits depends on the selected filler, treated area, and other factors.
For instance, lip augmentation with JUVÉDERM VOLBELLA XC lasts up to one year, while adding volume to the cheeks with JUVÉDERM VOLUMA XC can last up to two years.

Contact us to find out which is the best filler for you. 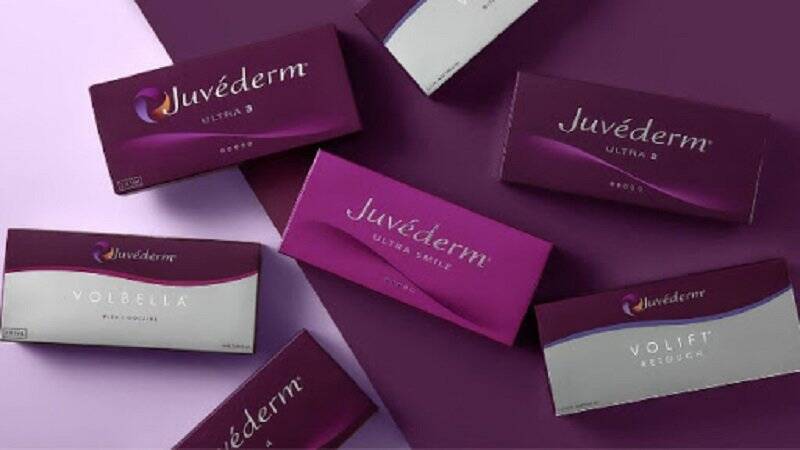 Which Side Effects Are Expected With JUVÉDERM Fillers?

There can be some  JUVÉDERM side effects such as redness, tenderness and itching. Most side effects resolve in a matter of days or weeks without the need for medical assistance.

In Arizona Specialized Gynecology we will help you choose the right filler for you and tell you everything you need to know about JUVÉDERM fillers!

How to Select the Right Aesthetic Filler?

If you feel overwhelmed with the number of aesthetic fillers and injectables, Arizona Specialized Gynecology is here to help you. Depending on your goals and health status, our experienced experts can help you select the right option to achieve the best results.

Feel free to contact us, and we’ll gladly help you achieve the look you desire.

Contact Arizona Specialized Gynecology today, and let us help you enjoy the benefits of Injectables.